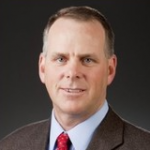 Darren Carlat is the Managing Director of SpreadEdge Capital, LLC and is responsible for all aspects of the company's operations including market research, trading, customer satisfaction, and operations management.

In 1986, he started a 32-year career in various increasing capacities with Frito-Lay, Inc., a large snack food producer and distributor that is a division of PepsiCo Inc.. Prior to his

retirement in early 2018, Darren served as an Executive in Supply Chain Operations in the company’s headquarters in Plano, Tx.

For decades, Darren has been developing, programming, and testing a wide variety of trading systems. In 2010, he finished initial development efforts on a seasonal spread

trading strategy which he has continually refined, enhanced and improved. This trading system has been used for his own trading activities and is the basis of all the programs

now dedicated to this effort full time and remains as the largest investor in the Diversified program.

Cotton has been climbing this upward channel since April and has shown no signs that the assent will end. However, the 3 candles formed on 12/17, 18, 21 which culminated with an ugly red candle on 12/21...

RBOB Gasoline gapped lower in early March and then dutifully dropped all the way to the $0.40 level before finding its’ legs. Since then, it has moved up aggressively and filled the March gap before...

Cocoa had a massive rally for pretty much the entire month of November. Since then, it has given up almost 40% of the gains.So far this week we have seen 3 ugly red candles which points to continued declines...

Live Cattle has been in a steady increase since late April and has just touched the upward trend line that connects the lows from April and October. I look for the commodity to bounce higher as it enters...

I have been a huge Gold and Silver buff for more than a year now and have an overweight position in my “non-futures” investment portfolio. However, seasonally over the next 3 weeks is exceptionally...

Soybean Oil has been in a strong uptrend that dates all the way back to mid March. During this period, the commodity has advanced over 58% between the low and the high. However, the bearish engulfing...