States That Produce The Most Corn (2020)

With more than 90 million acres of land planted with corn and 10 to 20 percent of annual production exported every year, the United States is the world’s largest producer of corn. In 2019, the United States produced a total of around 13.7 billion bushels of corn - but what individual states actually produce the most of this commodity?

Although corn can be found planted in nearly every state, it shouldn’t be a surprise that Midwestern states carry the majority of US crop production. The Corn Belt states of Iowa, Illinois, Nebraska, and Minnesota were the top four corn producing states in 2019, all producing over 1 billion bushels of corn each, according to the USDA. These 4 states collectively produced around 7.5 billion bushels of corn, accounting for about 55% of overall corn production in the United States. Iowa was the winner when it came to which state in the country produced the most corn with a whopping 2.5 billion bushels. 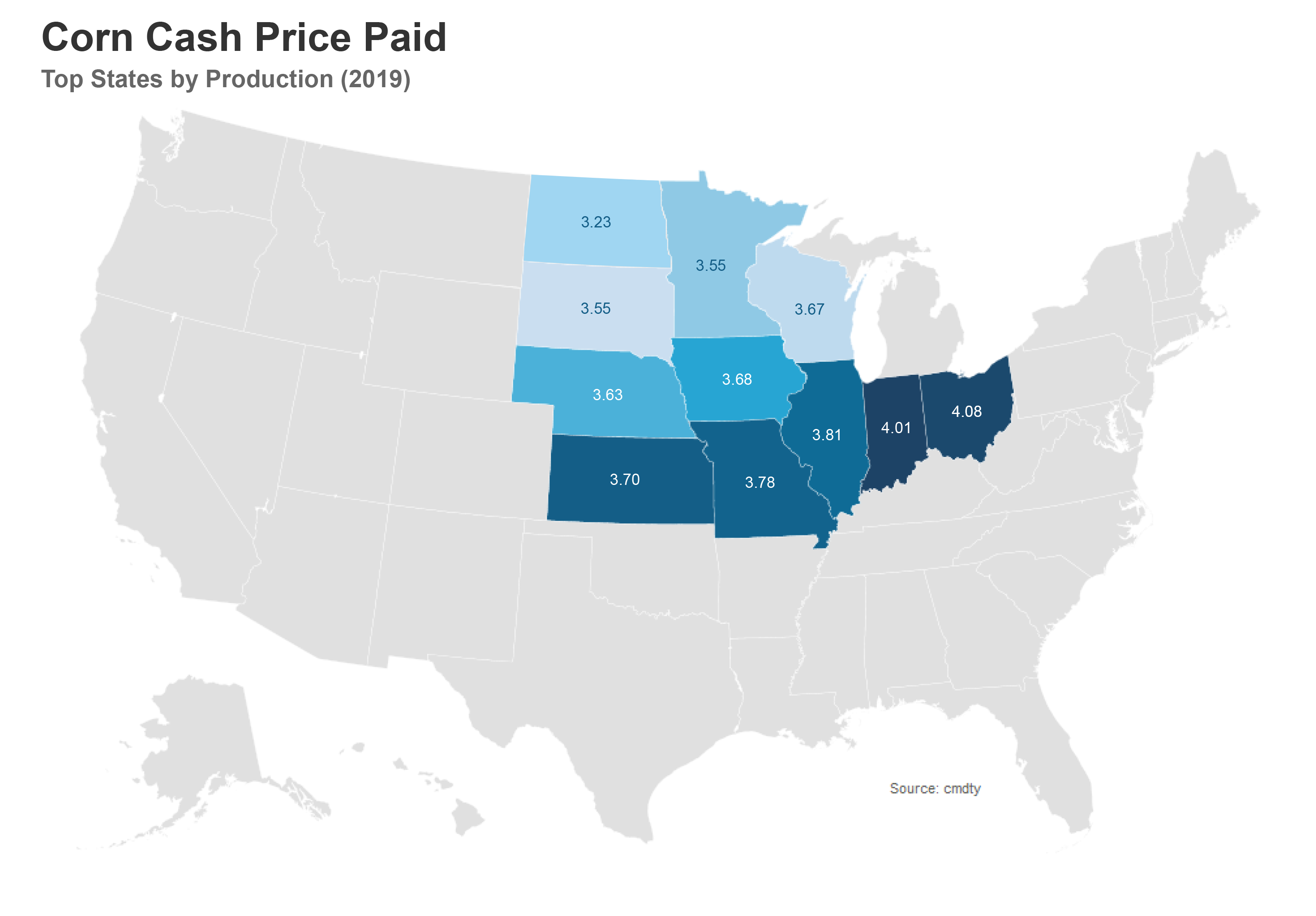 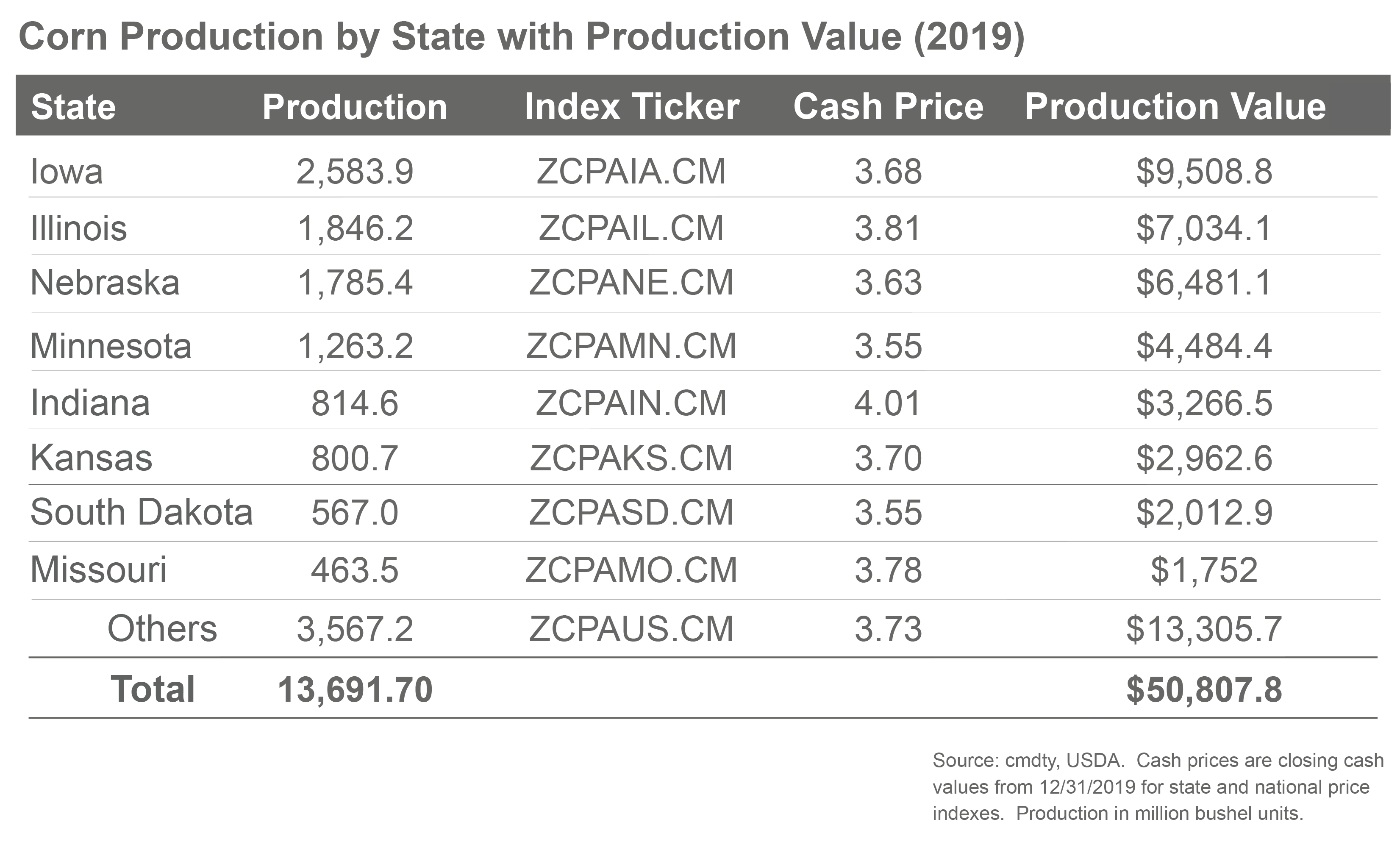 What if you had access to this data in real-time to help perform your own analysis? With cmdtyView Excel, which is included with cmdtyView Pro, users can easily pull all of this information into quoteboards in order to perform bespoke analysis and power their own pricing models for theoretical corn values. 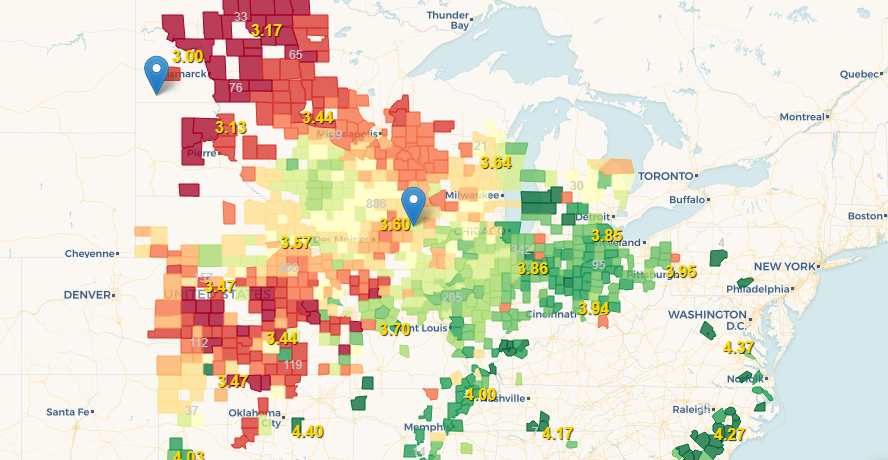 cmdtyView Pro users not only have access to raw corn prices, but are equipped with the information in order to answer the questions below using the tools available in the system. Contact us here or reach out to cmdty@barchart.com to find out how!

Which state produced the most corn in 2019? Iowa

How many states produced over 1 billion bushels of corn in 2019? Iowa, Illinois, Nebraska, and Minnesota