States That Produce the Most Soybeans (2020)

The United States is the largest soybean producer in the world, and the second largest soybean exporter. Originally, the USDA forecasted about 3.51 billion in soybean production for 2019, but the final amount of soybeans produced in the U.S. ended up being around 3.56 billion bushels. Since we let you know what states produced both the most corn and wheat, we thought it would only be right to inform you of what the top soybean producing states for 2019 were.

Comprising about 30% of the total U.S. soybean production, the top two states that produced the most soybeans in 2019 were Illinois and Iowa, both producing over 500 million bushels. 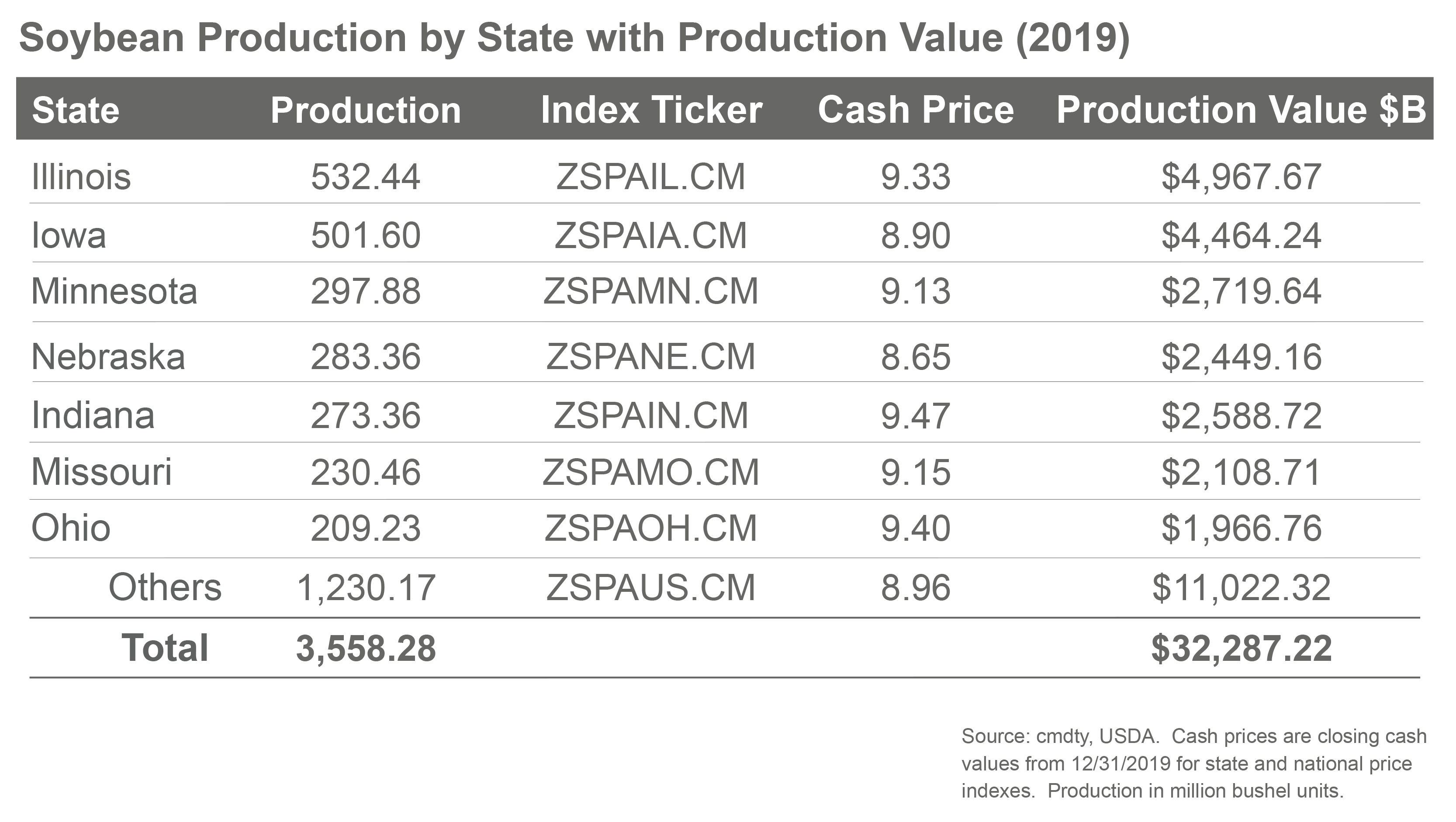 Now that you’ve seen the numbers for 2019 U.S. grain production, wouldn’t it be nice to have access to this information every year? You’re in luck! With cmdtyView Excel, which is included within our commodity trading platform cmdtyView Pro, you can receive this data in real-time to help perform your own analysis.

In addition to cmdtyView Excel, cmdtyView Pro users receive exclusive access to cash grain prices and grain price indexes from cmdty. Our proprietary indexes are calculated in real-time and provide users with county-level granularity on the fair value for grain across the nation and also a full twelve months of forward curves. There are over 45,000 unique indexes calculated each day and generated for both cash and basis.

cmdtyView Pro users not only have access to raw soybean prices, but are also equipped with powerful data information in order to answer the questions below using the tools available in the system. Contact us here or reach out to cmdty@barchart.com to find out how!

Which state produced the most soybeans in 2019? Illinois

How many states produced over 500 million bushels of soybeans in 2019? 2. Illinois and Iowa