The Ag Industry's Need for Transparency

These days, users demand more from their counterparts and business partners, and because of this, transparency across industries continues to increase. But, due to the bilateral and proprietary nature of the commodity industry, the increase of open data, access, and information has been slower to reach the level of adoption seen in other fields.

These issues are critical both internationally and domestically, and are the results of an increasingly consolidating number of major industry participants. This consolidation is becoming particularly pronounced in agricultural markets where a series of major transactions have been announced in recent years.

The pace at which the international agriculture marketplace has been consolidating is significant and may only diminish due to a lack of remaining targets with sufficient size to warrant purchase from global giants in the space.

The largest-ever overseas acquisition was in 2017 by a Chinese-controlled firm - ChemChina’s purchase of Syngenta. The $43 billion deal removed a major European player from the marketplace and consolidated Syngenta - and its cutting-edge agro chemical technology - under a sovereign state with a reputation for secrecy.

In 2017, Swiss commodities giant Glencore made an informal takeover approach to U.S grain trader Bunge. A tie-up with Bunge - would make Glencore a leading US ag sector player by giving it access to Bunge’s network of trucks, barges, elevators, asset base elsewhere.

The deal, while uncertain due to Bunge’s desire to remain independent, would potentially disrupt an industry that has been largely controlled by the ABCD quartet of firms - Archer Daniels Midland, Bunge, Cargill, and Louis Dreyfus - for nearly a century.

Glencore itself, for much of its history, has operated under a shroud of secrecy. Its IPO in 2011 has served to reduce the relative opacity faced, but the firm is still known for its black box trading strategies and fierce protection of their intellectual property assets - of which data, access, and information plays a large part.

These trends, in consolidation of large global players, should give pause to current agriculture market participants as larger firms have the opportunity to consolidate data, and the resources to wrap layers of intellectual property protection around it due to their financial and personnel resources.

With consolidation unlikely to decrease in the coming years, obtaining access to timely, relevant, and accurate data on grain prices becomes increasingly important as large and sophisticated firms may favor relatively opaque markets. Transparency, as in many other markets, facilitates the ease of decision making and has the potential to drive a more efficient global marketplace for grain. 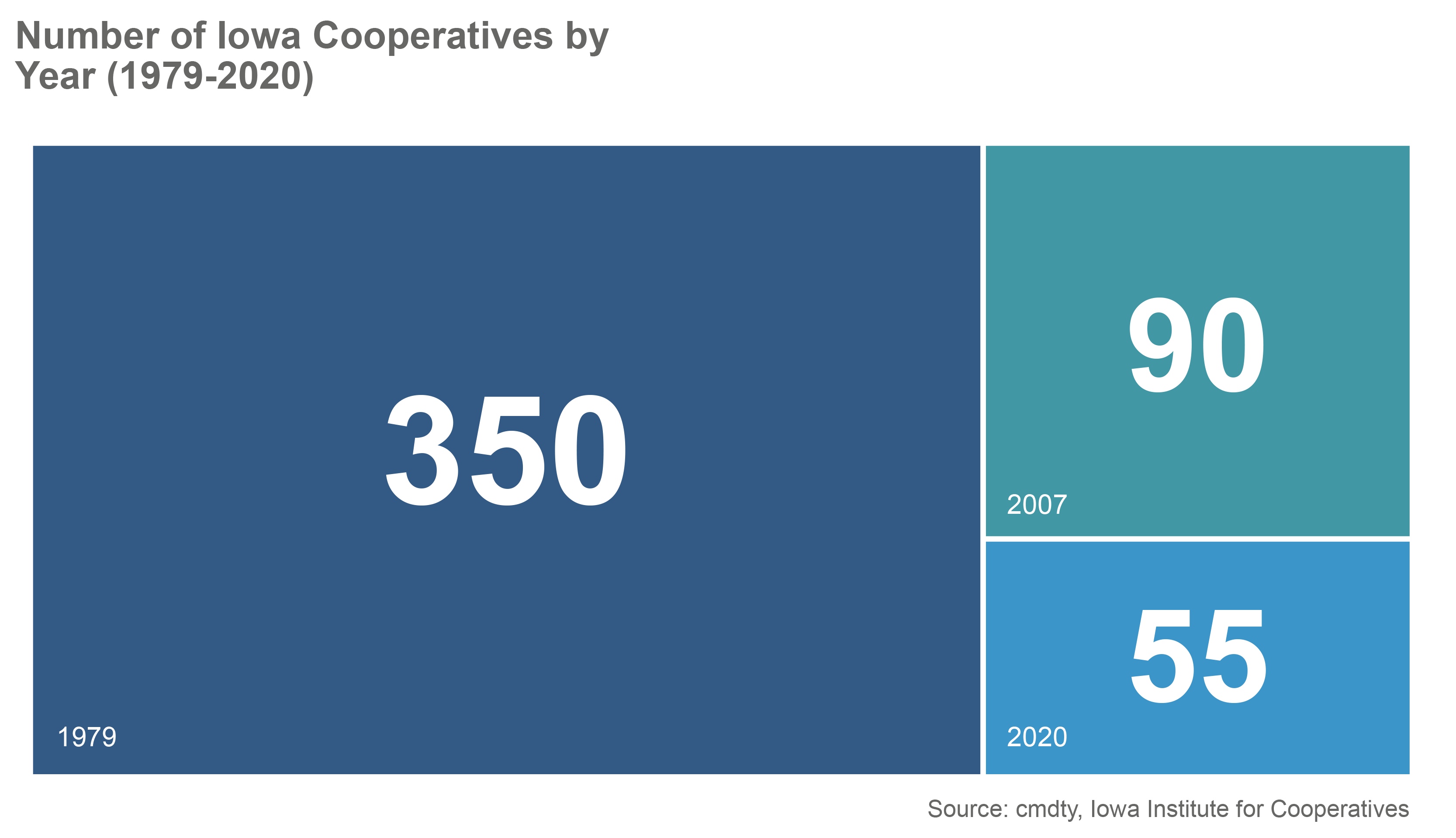 These large international consolidations have wide-ranging impacts that filter down to local microstructures, such as those developed by agricultural producers and the localized buyers that serve them.

These players have expressed concern over the consolidating Big Ag complex, with mergers not only bringing efficiencies, but an increased market power as competitive solutions for agronomy supply and export-driven buying are reduced.

In response to the global consolidation trend, regional players have sought their own efficiencies and set off a wave of consolidation among the grain buying cooperatives which funnel crop production to and down the Mississippi river. This mirrors the long-term trend of consolidation in the producer community as well.

For grain buyers, cooperatives view merging as a way to gain scale that is comparable with the increasingly large firms - and farms - they are dealing with. This is not only reflective of lower crop prices driving need for efficiencies, but competitors from both sides of their supply chain fighting for the cooperatives’ business.

Farms themselves have been consistently increasing in size for the past century, and now have the storage and scale to sell their product directly to large corporations, such as those in the ABCD quartet.

This pressure, from both buyers and sellers, is most evident in the consolidation seen in Iowa - the leading producer of corn in the United States. Over the past forty years, the number of Iowa cooperatives has decreased from approximately 350 to under 55 in 2020.

As large producers increasingly choose to go directly to companies such as Dow or Monsanto to buy fertilizer or seed, they can offer relationship-based discounts given their competitive market position. Cooperatives may not be able to offer the same.

There is usually a variation in prices across regions or farms due to differences in adoption of technology, levels of fertility, farm operator efficiency, and constraints both natural and related to the capabilities of the counterparties.

As these cost centers get bundled into larger firms and aggregators at the elevator level get abstracted out of the value chain, the number of price observations in the marketplace will continue to decline.

cmdty is focused on providing our customers with insight into grain pricing and input factors that allow commodity professionals to make decisions that impact their business, which can all be accessed through our flagship commodity trading platform, cmdtyView.

Hundreds of firms rely on our grain price data to drive their businesses and now, we’ve launched our new grain Marketplace, connects grain elevators and agribusinesses to their farmers through branded apps, offer management, and instant messaging. Users can find out more by visiting our website or contacting us today.